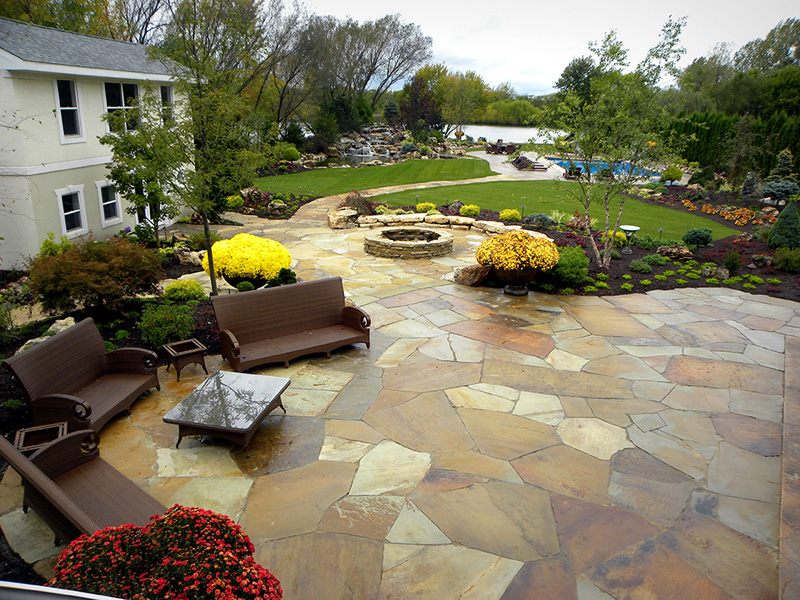 The owners wanted to create a backyard entertainment area for family and friends. Privacy, pool, outdoor kitchen, water features, fire pit, fishing, multiple seating areas and lush, colorful landscape areas were all very important. Crafting this design combined the needs and personal style of the client along with functionality in an atheistically pleasing space. Challenges were many. The house is situated on a 1300′ deep lot that is only 110′ wide, with one narrow access to the rear yard. The septic system could not be relocated forcing crews to work around it as well. An existing five acre pond was too shallow to support fish, which the owners wanted to add.

Landscaping started with the installation of privacy hedges, creating an outdoor room atmosphere. Landscaping plantings were strategically placed to cover pool equipment and pumps used in the running of the waterfalls. Over 300 tons of moss covered boulders were utilized in this project. We also designed and built our own intake stand for the pump screen to keep them off the pond bottom. This prevented debris from entering the falls and streams. Large evergreens and trees were than planted to create a mature landscape. Unusual specimens such as Sweet Sarah Fir, Glen Walter Spruce and a variety of Parviflora Pines were used. Hundreds of Sedums filled the nooks and crannies of the boulders and along the stream. As we proceeded, the owners enjoyed each and every project after its completion, swimming in the pool, climbing the waterfall, fishing, volleyball, fires and more… 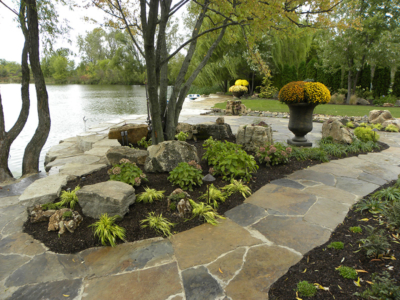 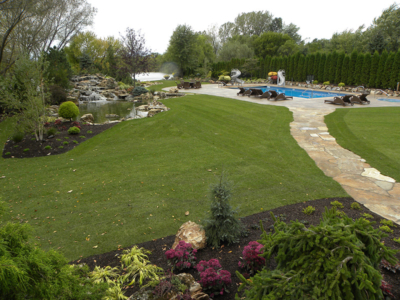 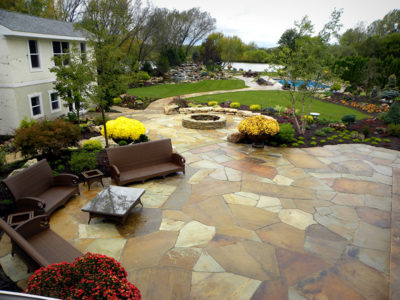 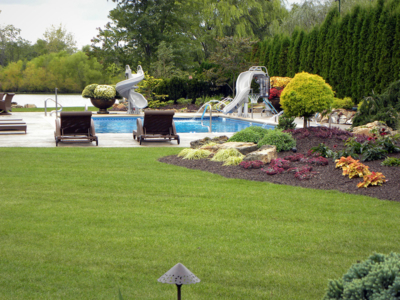 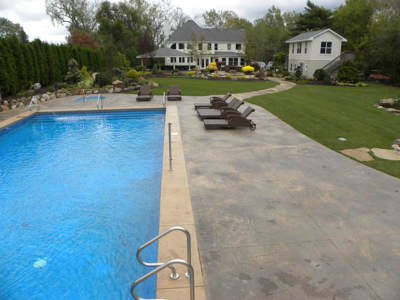 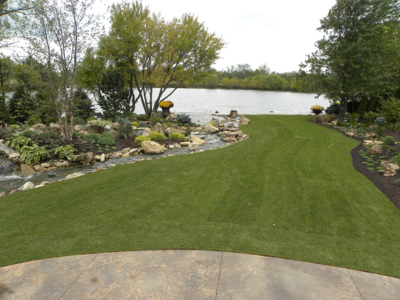 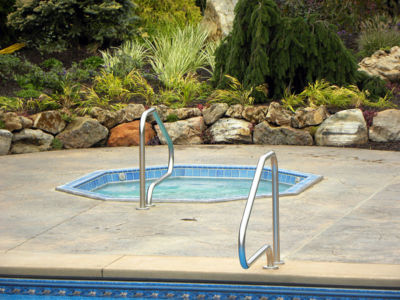 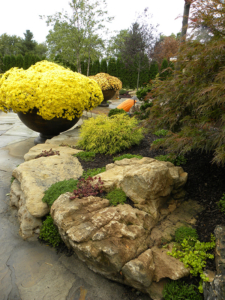 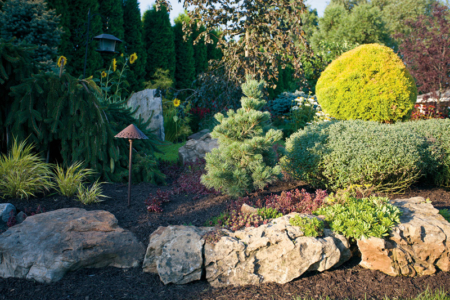 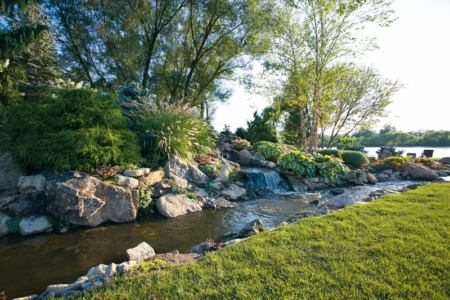 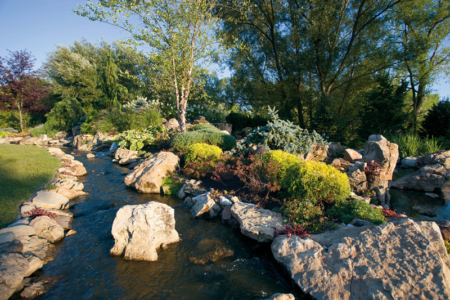 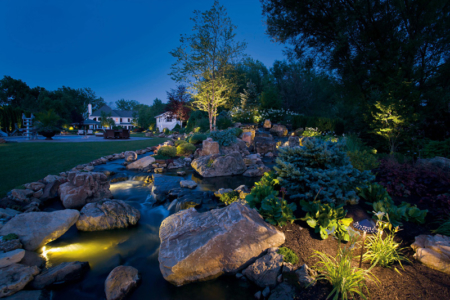 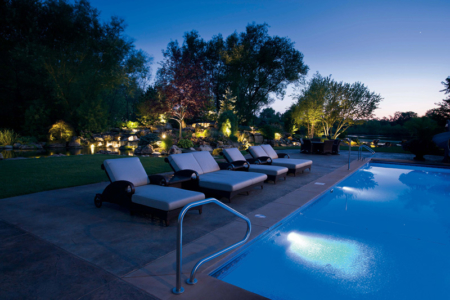 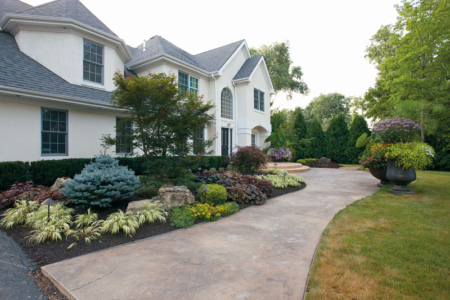 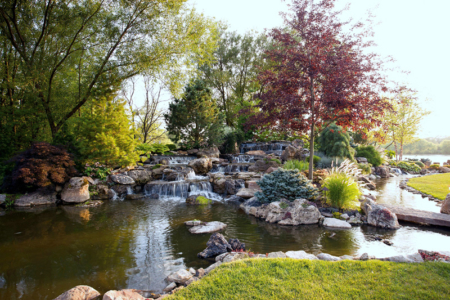 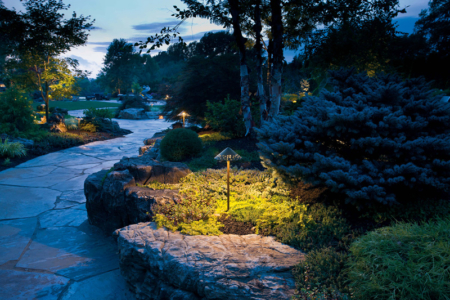 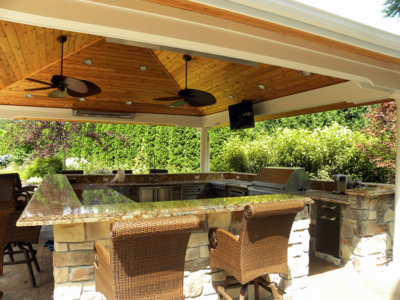 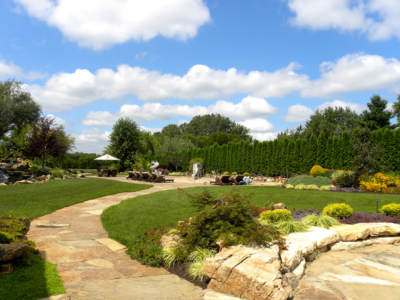