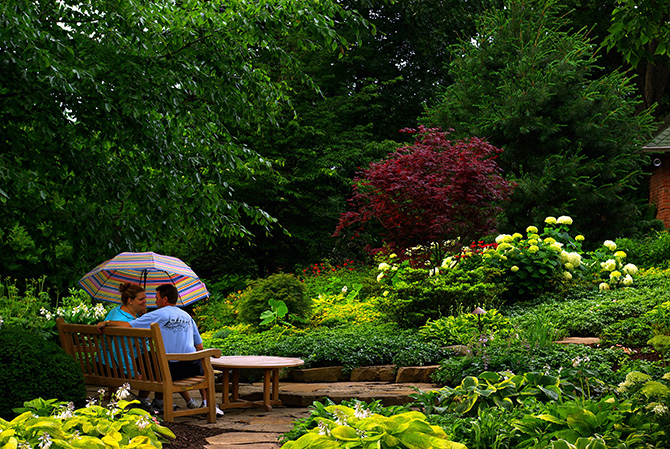 As many of you know, Nancy’s house was one of the destinations on the 2013 Porter County Master Gardeners Association (PCMGA) garden walk. It was a beautiful day and the turnout was fantastic. Over 600 people attended and raised almost $5000 for scholarships. The response was so positive we even had a group of 25 come up the next weekend to take the tour as they were unable to attend the scheduled day. Nancy, Roger, and our fantastic team spent many hours preparing the large collection of gardens for the big day. The mulch is fresh, the weeds were pulled, trees were trimmed and bushes were sculpted. It took a tremendous amount of work to prepare for the event and judging by all the ooohs and aaahs, it was worth it. We would like to thank everyone who attended for sharing their time and money in support of the PCMGA. We also want to thank the PCMGA for choosing The Marshall residence for their tour. It is an honor to be part of the walk and hopefully we can be a part of it again in the future.