Yeah, it has been wicked cold this winter. It seems everyone has that one memory of the coldest, nastiest storm they remember. Nancy and Becky always use “The big storm of ’78” as their benchmark. I don’t know how many times I have heard the story of how they spent two weeks digging the county out using the big front end loaders. The snow was up to the cab and the loaders ran for weeks on end. Nancy, my mom, was pregnant with me at the time and was out working away. There is no rest for the weary in this family. 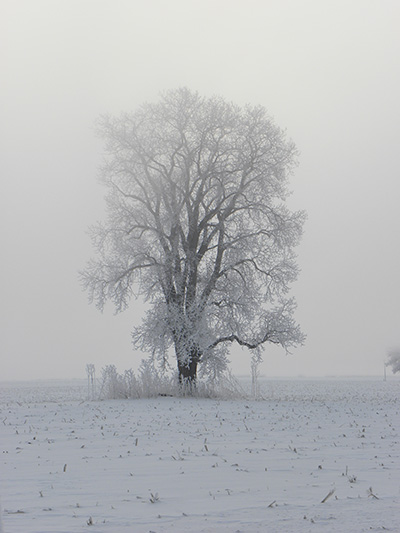 My story comes from my days living in Colorado. I was heading out for a weekend of backcountry snowboarding just West of Vail. The motto for backcountry snowboarding is “earn your turns”. Well, our group certainly earned those epic turns. The day started out normally, packing, laughing, talking about how awesome the trip was going to be and loading up the snowmobile. Oh wait, that’s right, the snowmobile refused to move. The snowmobile was going to keep us from having to hike 8 miles and 3000 vertical feet and save hours upon hours of time on the trail. After burning a couple hours trying unsuccessfully to get the snowmobile functioning we gave up and hit the road en route to the trailhead. Instead of hitting the trail at 8 AM as planned we got stuck in traffic and didn’t get to the trail until 12:30 PM. Not a good start.

The first half of the trail was pretty gentle and the sun was shining bright. We hiked using snowshoes for five miles and covered the first 1000 vertical feet. Easy peezy! This is when things started getting interesting. The sun was beginning to go down, the temperature was dropping, it started snowing and we still had 3 miles and 2000 vertical feet ahead of us. Oh and we began at about 9000 feet of elevation. For those of you who have been at elevation know, the air gets pretty thin. I was forced to drop some weight from my over packed backpack. In anticipation of having a snowmobile lug all of our gear to the top many of us had some extra items. I decided to leave the trail mix and some other food in an abandoned vehicle snowed in along the trail. The bottle of vodka remained intact deep within my pack. Priorities.

As we made the challenging hike up this mountain the snow began to pick up significantly. I was bringing up the rear of the group with another guy. We could hardly see the trail in front of us. Thankfully our group had made arrows out of sticks to lead us in the right direction. They had the map. This hike went on for what seemed like an eternity. Every time I wanted a drink of water I had to chip the ice from the top of my water bottle to get anything out of it. We were getting exhausted and darkness had fallen. I don’t know if any of you have been in the absolute middle of nowhere, on a mountain, in a blizzard, with temps well below zero (I think it got to -18 that night), but it can play tricks on your mind. I didn’t know how far we had to go at any given time. As we got sufficiently cold, dehydrated and exhausted I started hallucinating. The snow looked like it was breathing and all I wanted to do was lie down and go to sleep. Death would surely follow. The thing that kept me going was that my best roommate and friend Brian was waiting for me at the top. I knew that if I didn’t make it to the top Brian would have come back out into the nastiness to save me. And he would have. Brian is currently a ski patrol team member in Steamboat, Colorado.

We persisted and made it to the yurt at the end of the trail. To top the hike off I opened the door and was greeted by plumes of smoke from the wood burning stove. Someone forgot to open the flue and filled the yurt with smoke. Awesome. In my delirium I was sure I was going to die and if I survived the night I was going back down and heading home. Well, that bottle of vodka came in handy and my sorrows were nixed. After waking up the next morning I was ready to do some epic snowboarding. Mission accomplished.

What is your crazy winter memory?